NewsChannel Texty.org.ua
These news items are translated using machine learning and machine translation technologies. We apologize for any inaccuracies or errors in the text. Switch to the Ukrainian language to read the news in the original.

"Love" to hell. Evacuation from Bahmuta: Another few days, and the opportunity may disappear

From Kramatarska to Bahmuta, about 50 km, but it seems like eternity. Going very fast. The one on the left is the Red Mountain and the Solder. There's a Bahmouth down there. The Russians are breaking into a new part of town. DRG groups from & # x27; They also appear on roads. Cuba Staszek (& # x27; interviews) I'm here with him, coming from Turouna, going to Bahmuk every day. Cuba is a volunteer who's evacuating civilians, he's saved over a hundred lives The Russian population is disturbing because of a new wave of mobilization. Power calms -- the general mobilization will only be declared in case of a serious external threat to the RF. But it looks like this moment is almost over. Russia at the beginning of the "heavy bloody conflict" from NATO, says propaganda. The last hope is for simple European atrocities who are tired of anti-Russian politics and want peace. Read this and other in a new release of our monitoring of Russian public media and manipulative sites that are properly spreading Russian motto The open data on the war. How much they put in cities and why it matters

The 2015 with the beginning of the war in Ukraine limited the work of national public public data, tens of local ones closed. The applications started to recover in summer, but most of the social data for today is locked up. Analysing the program "Transition cies / Transparent city" (Transitional International Ukaine) has explored what the process of publishing in cities today, and whether it is threatened to send out public data Look again: "Stand on the road, pass, I was lifted." Restoring heavily injured

In the last year of the rehabilitation center in the Hemerevsky, he put more than 150 military servants on his feet. They help wounded fighters for free. Some people give initial ambulance, someone's staying longer. The center works in three main directions: neurology, trauma science, physics and rehabilitation medicine Pubba, who brings people out of Bahmurtha: There are fierce fights, streets go out of their hands, and grandma puts the laundry on the balcony

Go to Bahmuri now the world's greatest cannibals. The Ukrainian army holds important positions. Volters at very fast speeds fly into the city to provide humanitarian aid and transport civilians out of the city. There are still thousands of people in Bahmuri, including children. Cuba Stashek 28, the last month is going to Bahmouth every day. You could say, how to work and that would be true. Cuba is an evacuation. He's saved over hundreds of lives 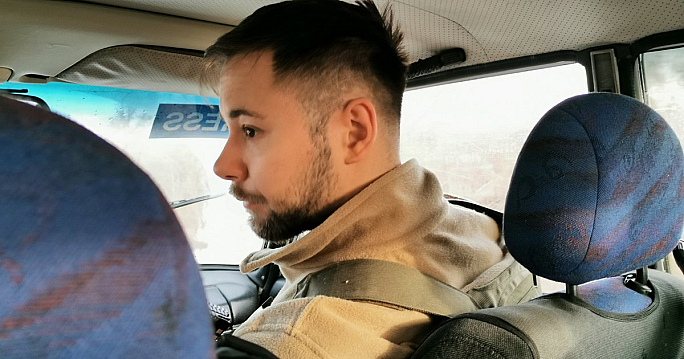 We have "Deserite on the front." Lecture of Valcery Marcus about how sergeant Manage fighters

Mr. Valerious Marcus, Chief Sergeant 47 Maguire, read a lecture for the chief sergeant of his new crew. The lecture became the hit of Ukrainian YouTube -- we made a complete text option. Alona Smyko took the speech The return of 100-year-old Mirosric Sycerch is the age of great contractors. In the summer of 2022, the VA Reman Schhavich Darek Gusra died in November, son of Yuri. It's symbolic they were buried together. Gustav left in prison and camps for 25 years, and Schhavich, given the different forms of contempt -- about 35 Mr. Costola is in the Soladors and chemical weapons of Ukraine. Monitoring routers for 9-15 January 2023

Last week, Russian propaganda were excited about the progress of the Soladard and the ultrasound were trying to push Ukraine down to a negotiation. They also spread dangerous tips to use chemical weapons in Ukraine. The sanctions don't work, the Russians say. Also, propaganda continue to speak of the establishment of Washington Europe and EU adoption to the American energy race. But one of the surprises was about problems in Russia itself. In particular, it's a drug deficit. However, when propaganda describes problems, it brings attention to the audience from the beginning of war in Ukraine as a drug deficit. Read this and other in a new release of our monitoring of Russian public media and manipulative sites that are properly spreading Russian motto The shades of darkness. Like they cut off electricity in Kyiv and Lviv. Infographic

The introduction of Ukraine's energy to reduce the amount of power loss to the minimum and to make them more predictable, regular Russian shots have already caused glitches. Each time, with different success. Given the data from our readers and from open sources, the average amount of disconnection was shown every day in Kyiv and Lviv. Which periods were the darkest, and which brought hope to energy stability -- look at the infographics This time the West must go to the escalation first. How to stop missile strikes in Ukraine