"Ambul's broke into his leg," and went, " Take care of the wagons, those guns are getting tired of. (Video)

professor at Odessa had discovered a psychiatrist who for $7,000 helped "evalers."

According to Odessa, the suspicion of the two people who helped men for their own ages was illegally abroad. One of the figures is a medical health doctor 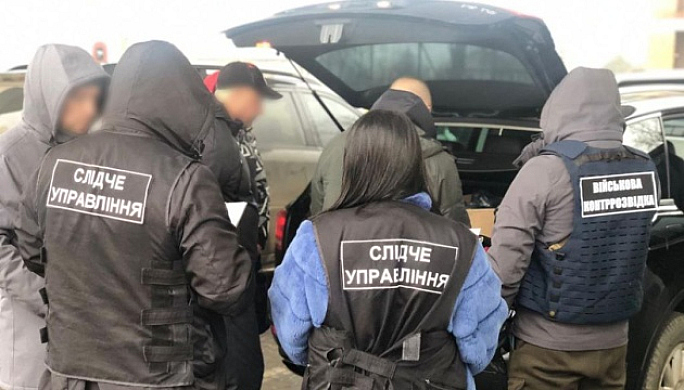 To serve an emperor, today they pray a great monk

The presence of the 8th Church remembers the transfer of the humorous Reverend Theodora the Studio. Some sources call it Teodor or Theodor. Theodosius was born in 759 in the city of the Kingdom now Istanbul. Parents gave him a good education. The future Saint had every chance of a brilliant career in the Imperial court, but also as a teenager refused to have a public service. Because the emperor of Constantine, the Koprodon, supported the iconoclasts that required the use of the saints during the service and in everyday life. At the request of my uncle, blessed Plato, Theodora and Joseph and Euphum adopted a draft in the convent of the Scoudinon, which was just outside the Greek mountain of Olymph. And then Theodora became a real rat. In 796, Theodora was arrested and tortured to maintain the iconoclasts and speak in the previous years against Emperor Constantine. The Saint was sent to the city of Thessalonians today. He was fired when Emperor Irina came to power. And then they sent them to manage the studio monastery in Constantinople. In a short period of time, the real man built a fence and became more than a thousand monks. Now, here we go. Today, a good day for lonely people -- how to find the second half in the time of the government of Nikfort and the Levi of Poisonna, Saint Theodora, again, suffered to take care of the iconostlers. He was incarcerated, and he was given an abomination. Theodor Studio was released from prison after the death of the Lion Armenian. We settled in Hernnes City. The mayor in 826 in the Saint Trecon monastery, which was in the region of Wisfernia. In 845, the rains of the Reverend moved to the studio monastery. Last night, the law was mentioned by the Holy Virgin, who lived in the IV century. All his mature life he preached to the people the word of God. The Reverend died on January 25, 389. After all, he left 243 letters, 507 spiritual poems and 45 stories The Ukrainian people of the Gersons region, who for some time were under the Russian occupation, demanding psychological assistance 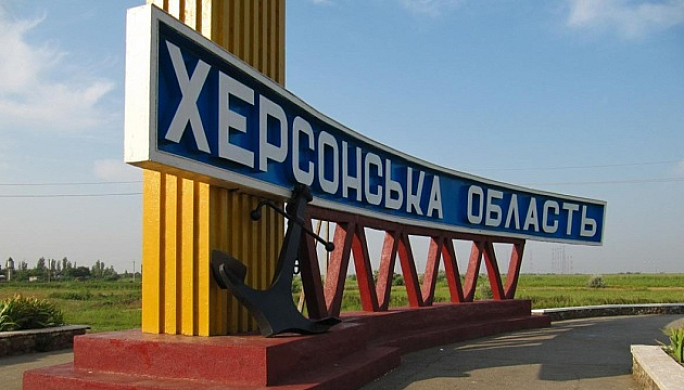 Mr. Dututpa Hersoc has been suspected of working with the rest of the year

"The Bellow of Saldo." 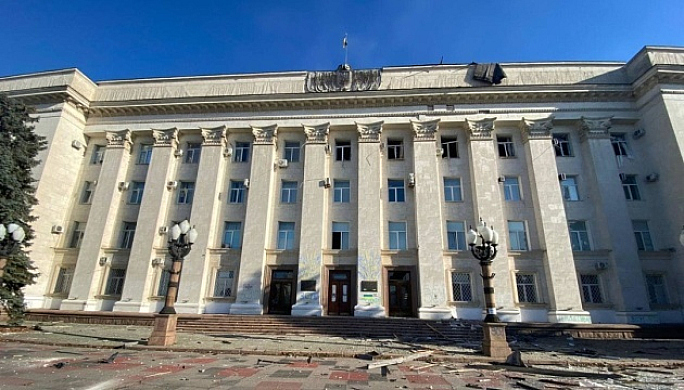 there are six hits in the city of Terehov

How many people are left in the control sector of the Danesznan, the data of CHAPTER

Ahmet Eup Turkaslan was another victim of the tragedy

The arguments of the occupation are kicked out of civilians along the front line, and explained to us what to fear of foreshortening (Video)

The former police who cooperated with the occupation of Hartown

There was a fire on the gas station -- a photo of

The group of Ukrainian military on Tuesday went to Germany to train the Leonard 2 Dance, reported the head of the Ministers of Germany

Canada has a weapon capable of attacking targets in its mouth, reporting from Bahmuat, and changing in the Ministry of Defense - "Time of News: Summary "(Video)

The officers of the people who have tried the war must be more in the organs of state and local authorities, certain president of Ukraine, Vladimir Zielinski

in Melenland, the slavers have been forced by the officials writing in writing, rejecting the Ukrainian citizenship

The following areas were able to soften electricity feeds, resulting in two hours after eight instead of twelve, reported the head of the company Vladimir Kudriececki

In addition, the CBU was neutralized by gangs terrorizing Kharkiv, Odessa and Sumrain

The Ukrainian security service as a result of the special operations in Odessa, Kharkiv and Sumean region neutralized criminal gangs that terrorized and terrorized local citizens 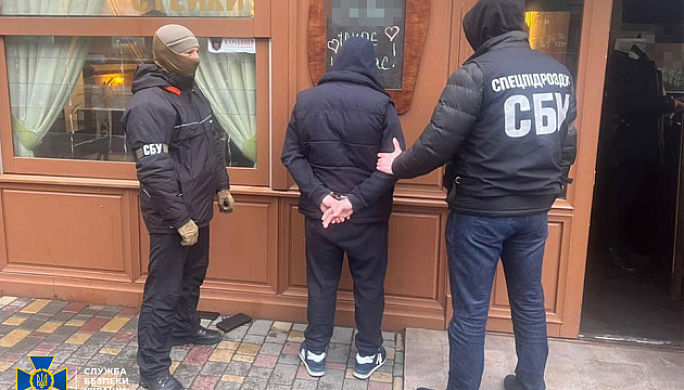 In 2022, it was created over 2,500 places for long-lived transitions and set up over 400 extra seats in social security institutions 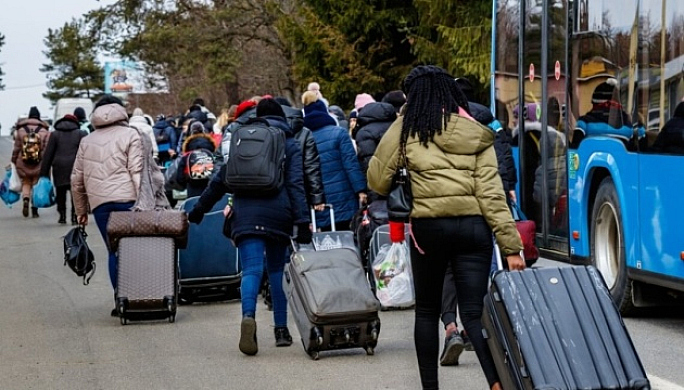 The introduction of Zakapatti from the beginning of a full-scale invasion of Ukraine renamed over 500 streets which had previously Soviet or Russian imperial names, all of these areas have only three hundred left 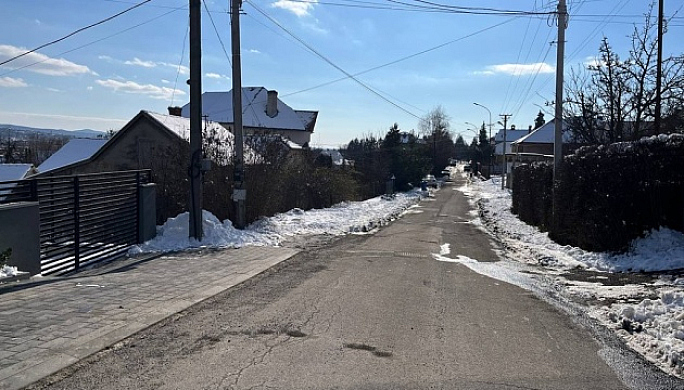 Piztyn got 45 Starlink stations from Poland -- put in "infraction points." "Nina to April 1st comes the last wave": Think of evolution as a rashish force mobilization on Lugan (Video)

"The Prime Minister of Ukraine,"

The meeting at Zakatatati is going to be for the aid sale of $17,000

$17,000 to sell humanitarian aid for the local citizen 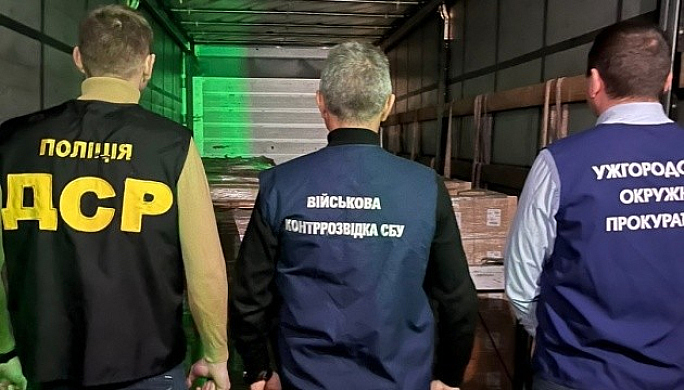 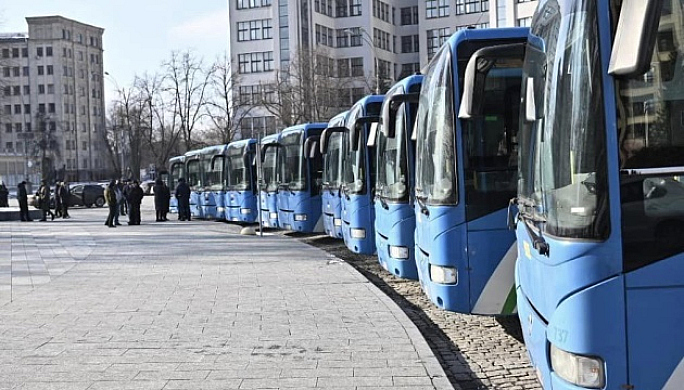